Tetanus-containing vaccines are on the Australian Immunisation Schedule and recommended for;

Tetanus occurs in all countries in the world. It is agonizing. It can be fatal. It causes muscles to contract so strongly and relentlessly that bones can break. If you get it badly, the only way to try and keep you alive is to give you a general anaesthetic (induced coma), put you on a ventilator, and keep you that way until the disease has run its course. This usually involves many weeks so a tracheotomy is often required. (A tracheotomy is where a cut is made in the front of the neck, and a tube placed directly into the airway through that hole. You are then ventilated via the tube). There is no specific treatment that will ‘cure’ it once it has taken hold, which is why prevention is so important. 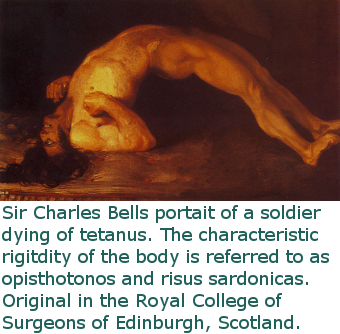 In this picture, muscle spasms have caused this man to be bent backwards, and he has an abnormal facial grimace happens as his facial muscles cramp.

Click here to read the Williams’ story about how tetanus affected their son Alijah. 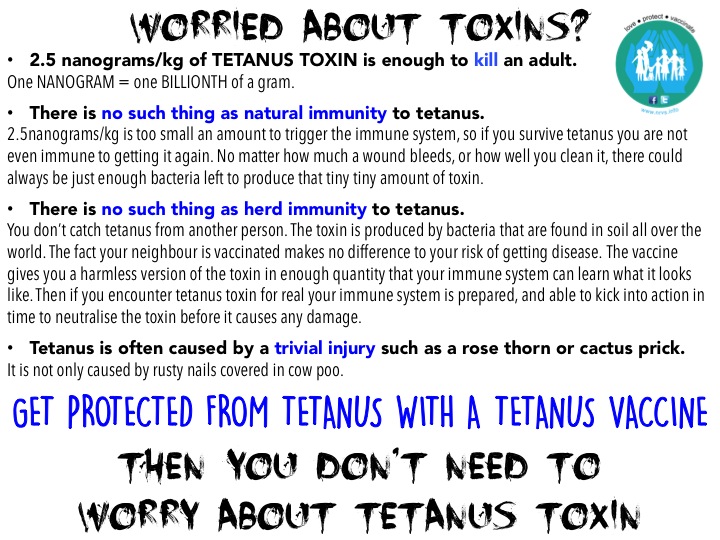 Facts about tetanus, the disease and how to prevent it

How contagious is it?

Anyone who wants to protect themselves against tetanus can talk to their doctor about getting immunised.

Tetanus immunisation is recommended for: 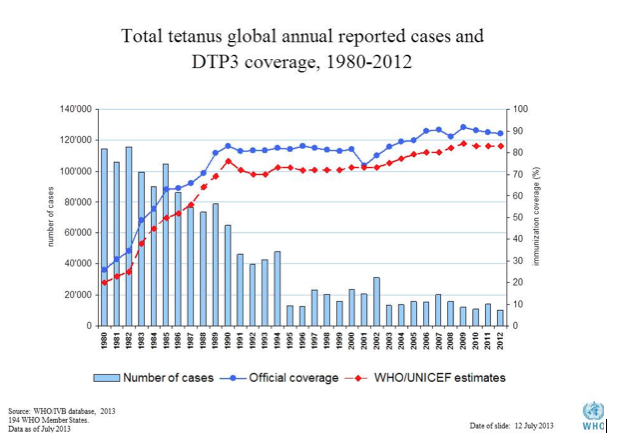 “When asked what might happen over the next 12 months, Dr Turville said he didn't like to "crystal gaze" about what variants may or may not do. But if he were to make a guess, he said the virus was likely to follow one of three trajectories.“The first — and most optimistic — scenario would see the vast majority of Australians get up to date with their booster vaccines, including the newly available bivalent shots, which would help to "put the virus under pressure".“The second scenario, which he believes is most likely, looks not unlike our current COVID-19 situation: lagging booster rates and "not a lot of political discussion" means we'll face "an era of complacency", he said.“In the third, "worst case" scenario, the virus might evolve into something that we can't predict."We might find the virus seismically shifts … a variant pops up that is incredibly immune evasive and can drive a very large wave," ... See MoreSee Less

Omicron has splintered, amounting to a 'variant soup' — and it's making COVID harder to predict